The Valenciaport Foundation is a non-profit private entity for research, innovation, promotion and commercialisation of the Valencian region and, more specifically, for the port of Valencia. It has been conceived to further expand the scope of the port logistics community by serving as a research, training and cooperation centre of excellence.

The Valenciaport Foundation is presently active in numerous cooperation and internationalisation projects in several countries, mainly located in Europe, the Far East and Latin America. 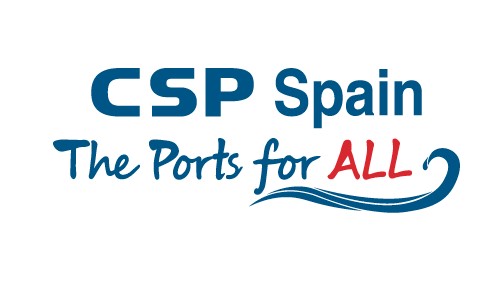 CSP Iberian Valencia Terminal  counts on the main port calls of the most important shipping lines and also with an important feeder service connection. The terminal is equipped with last generation machinery that allows receiving the new mega-containership generation and it also integrates the most innovative port logistics solutions and technologies.

The Port Authority of Valencia (PAV), known by the commercial name of VALENCIAPORT, is the public body responsible for running and managing three state-owned ports along an 80km stretch of the Mediterranean coast in Eastern Spain: Valencia, Sagunto and Gandía. It is one of the 28 port authorities of Spain, and like other port authorities, it reports to the Spanish Ministry of Development.

Valenciaport is Spain’s leading Mediterranean port in terms of commercial traffic, mostly containerised cargo, due to its dynamic area of influence and an extensive network connecting it to major world ports. Valenciaport is not only a key element in promoting the Valencia Region abroad, but is also the maritime gateway for production and consumer goods to and from the entire Iberian Peninsula.